For Queens Wharf, we created an award-winning solution, and implemented it on an ambitious scale. Our involvement on this project began in late 2017, where we worked alongside the Destination Brisbane Consortium, to design and implement an automated monitoring system, in line with strict State Government regulation. This system aims to reduce risk as the structure is built and protect the heritage buildings surrounding the site.

Additionally, Monitum have been monitoring the structure of the Riverside Expressway during the construction of Queens Wharf. An elevated roadway, it carries around 150,000 vehicle movements per day, making it one of the most heavily congested and busy roads in Brisbane. Therefore, it was important that precise monitoring was undertaken on this vital piece of infrastructure during construction.

How we did it

To accomplish this, we leveraged our expertise in IoT and cloud-based technology. This solution involved automatically monitoring, measuring, and processing, vibration, geotechnical, structural and deformation data.
Furthermore, over 2000 precise measurements were taken a day from over 350 IoT sensors, for a continuous five-year construction period. Notably, something few companies could provide to one of the biggest construction sites in the southern hemisphere.

It has helped them understand, in near real time, the performance of structures on their site and surrounding it. While our services are taking mitigating risk for contractors and developers to another level. They’re also assisting our client to create the highest standards of safe and ethical construction whilst saving time and cost.

Our automated monitoring work on Queens Wharf won us an industry award in the Queensland Spatial Excellence Awards. 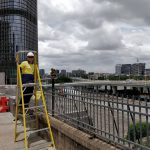 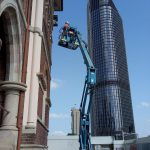 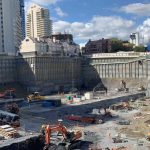 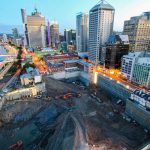 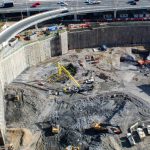 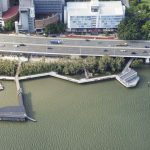